I have been working on integrating QR codes into my classroom.  While I wait to insert codes into texts to make reading more interactive (need the funding on Donors Choose to be complete), I am using codes to expand vocabulary.  My current set  is on computer technology words from A-Z.

Don’t you just love it when a lesson just starts to take on directions you did not originally anticipate?  That is what happened this week to me!  Originally I wanted to have something short for my gifted students to read, discuss, and respond to, so I decided to grab a few poems for quick but close reads.  It would be great for reviewing our lesson on poetry earlier (CCSSELA5).  Then I realized that I needed to have a new goal as well, so I decided to focus on point of view (CCSSELA6).

So I pulled two for my third graders that they could make connections to, we could have a deep discussion about, and they would be able to “distinguish their point of view from that of the author” 3rd grade poems to analyze  Finding something for my 4th graders was trickier.  For the point of view standard, I needed two that were on the same topic but from different points of view.  That is when I found two gems: 4th grade poems to analyze about Sentinels guarding the Tomb of the Unknown at Arlington National Cemetery.

I was able to hold smaller group discussions as we examined each of the poems carefully. The discussions were AMAZING and transcended any expectations I could have had!  Love it when a lesson does that!

Ask me about PBS LearningMedia

Put it on a screen…and readers are HOOKED! 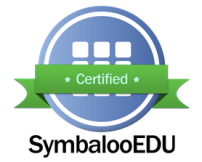